Shoulder Season – is it Worth the Savings 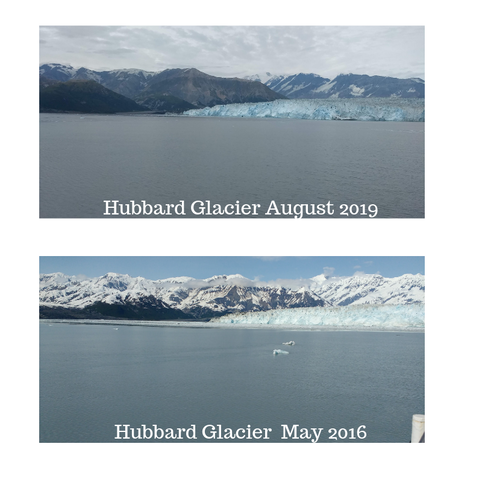 You might be asking – what does Shoulder Season mean?  Most travel destinations will have a Peak Season and an Off Season but there will also be a bit of in between time which is the Shoulder Season.  Most popular travel destinations will have some sort of shoulder season.  In some places where year round travel is pretty popular, like here in Central Florida for example,  we don’t have much of an off season or shoulder season.
Cruising in Alaska has such a short Season in total that it offer a great example of Shoulder Season.   Cruise ships can only sail Alaska in May – September (maybe very late April and into very early October but not much).   The Peak Season is Mid-June through Mid-August so that leaves May and September as the Shoulder Season.   The rest of the year is totally Off Season since the ships cannot even go there if they wanted to.  There is some good and bad to choosing shoulder season anywhere.

There are 2 good reasons to cruise Alaska during Shoulder Season –

#1 – Lower Prices – since it isn’t the most popular time the rates are lower to try and entice more visitors.

#2 – Smaller Crowds – Most people either only want to or can only travel during the dates of the Peak Season so there are more crowds at that time leaving smaller crowds in the Shoulder Season.

#1 – Not everything will be open or available.   For example Denali National Park won’t open until Mid June so if you want to go there you need to pretty much stick to Peak Season.  Another thing to consider is snow melting over summer will cause some excursions to not be offered in September.

#2 – There won’t be as much wildlife.   If you are really going to Alaska for the wildlife the best times for that is going to be Peak Season when the Salmon are running and the Bears are out of hibernation.

You might think that weather would be a reason to choose peak season but in Alaska the weather can be all over the map at anytime of the cruise season.   You should be prepared for rain anytime you cruise Alaska.   It is possible that May and September will be colder than June – August but it might not be.   There is a slight chance you could catch a glimpse of the Northern Lights during shoulder season but you shouldn’t plan your trip around that since it isn’t very likely.
I have cruised Alaska twice – once in May and just this year the end of August so my dates have been shoulder season.   The photo I posted above shows one of the big differences in May and August since you see a lot less snow in the August photo.   As pretty as the snow was in May we almost didn’t get close to the glacier because there were still a lot of big ice chunks and frozen water in that area.   I enjoyed both times of year and I think the smaller crowds of shoulder season were nice too but I would still like to try peak season too.