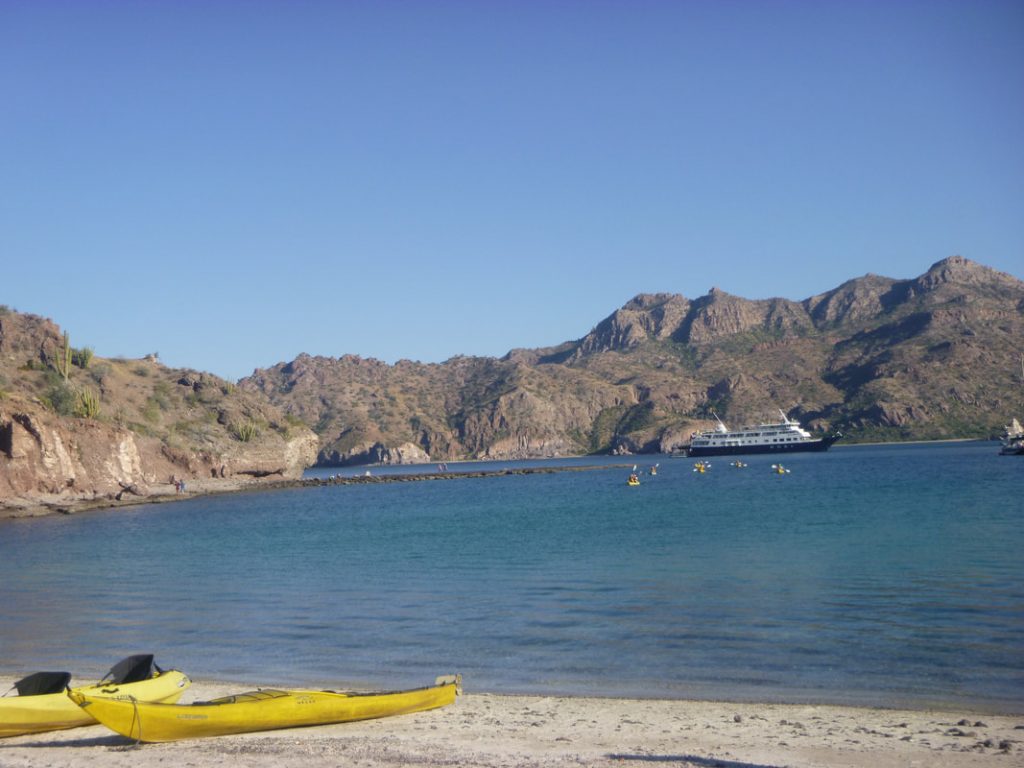 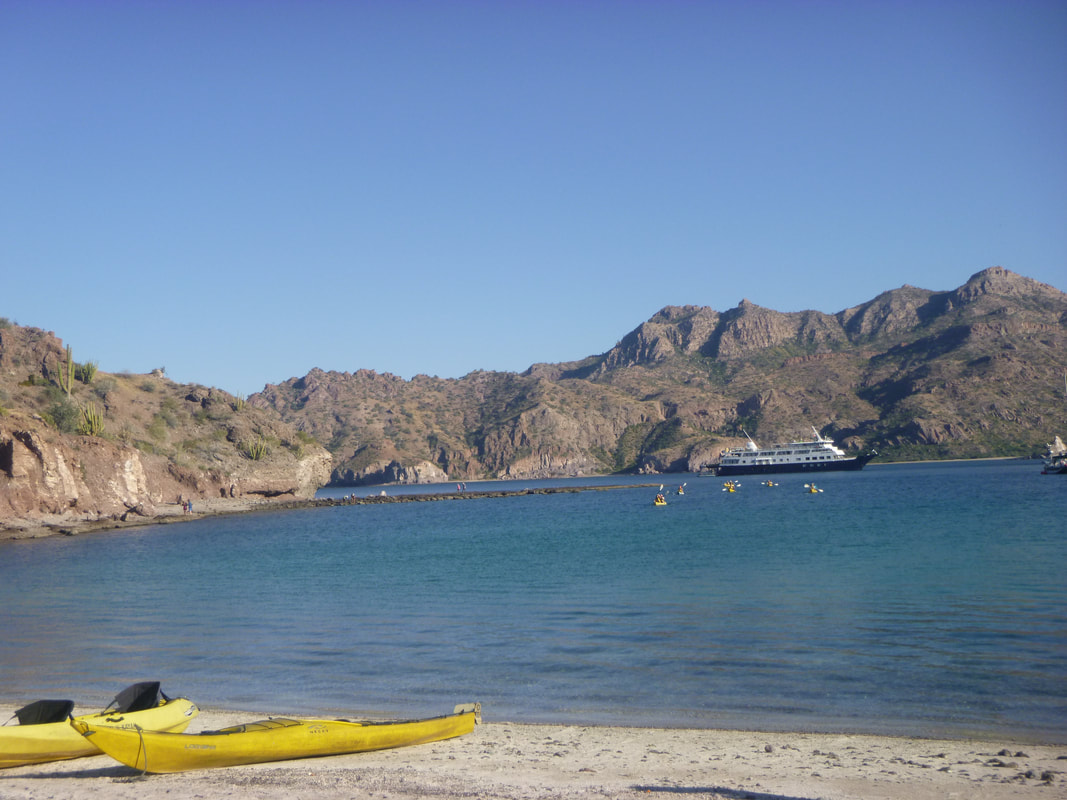 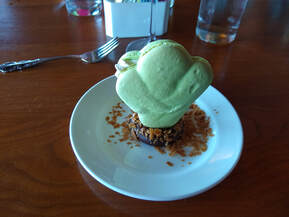 Day 2 – Bahia Agua Verde
Woke up this morning and made it to the 7 am stretch and WOW!   The cove we are in today is just gorgeous!  The weather also looked like it was going to cooperate both with sun and no wind.   On the way to breakfast we saw that we had the morning Kayak and afternoon Burro which we knew was perfect since it is usually best to get out on the kayaks while there isn’t any wind.   We know from experience that wind tends to kick up more as the day goes on.   After breakfast it was out to the aft deck to board the skiff to the beach.   Our ship is stocked with kayaks and has a platform they use to launch kayaks in other locations but here in Baja they prefer to launch from the beach.   The crew had already taken the kayaks over and had them ready on the beach for us.  We grabbed our paddles and headed out. Our adventure guide for this one was Mike and he was also very excited about the lovely weather we had.   We paddled around the coast and even out a rock formation a few hundred feet from the coast.   Mike told us that the water all around that rock formation was very deep so many birds went there to fish and live on the rocks.   The water close to the coast was very clear so that we could see things like fish, starfish, and other things on the bottom while kayaking.   It was a great morning adventure and we all worked up a hunger for lunch.   Back to the ship with a little time to shower and head to lunch.  It was another great meal which was topped off by the most adorable and equally delicious dessert!  Our pastry chef made macrons shaped like a cactus and filled with a sort of Mexican eggnog cream.   All I could say was OH MY GOD! 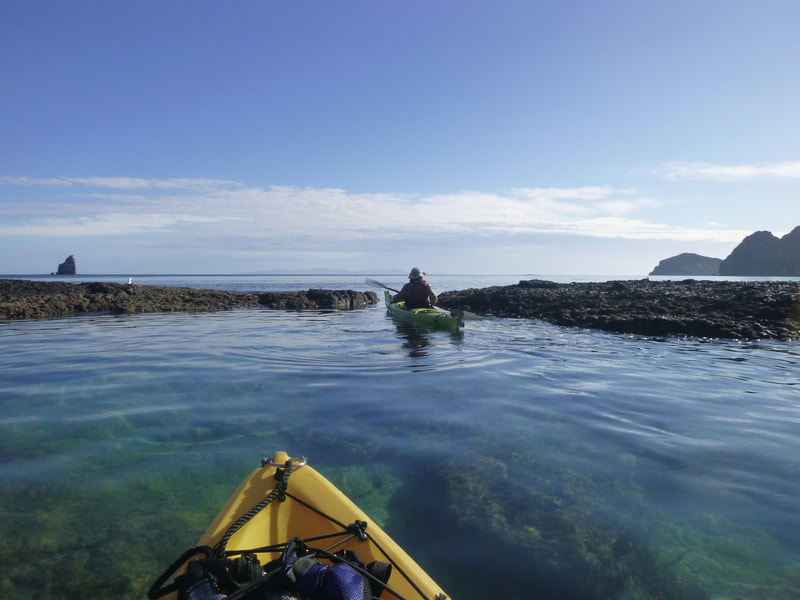 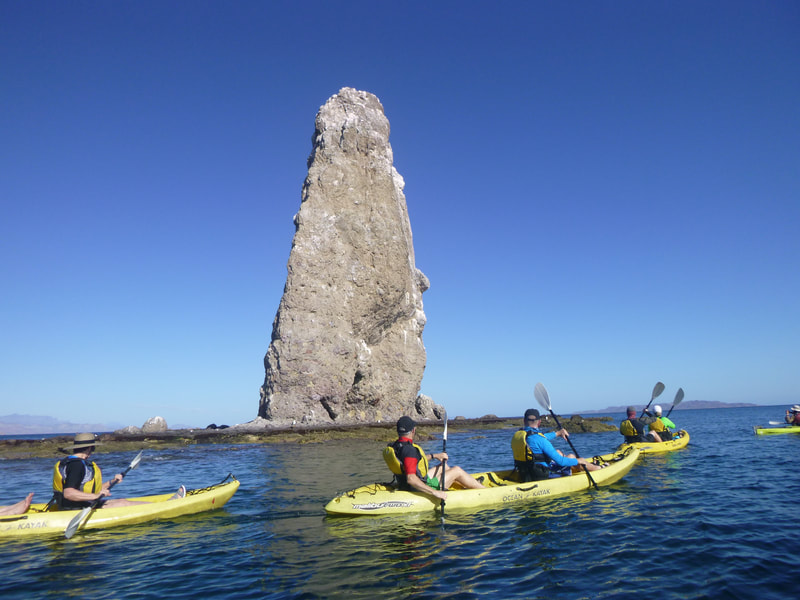 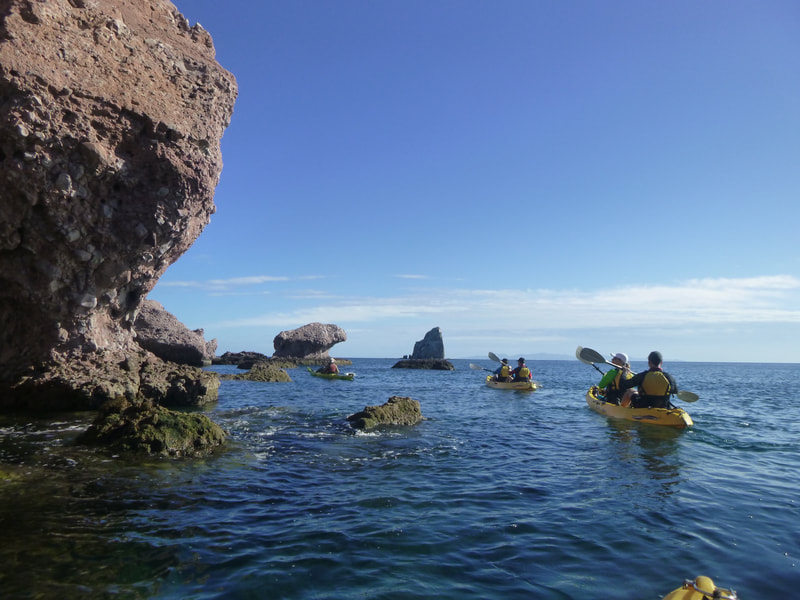 After lunch it was time to head out for our Burro ride.  The Romero family brings the burros over to the island every week just for UnCruise.   Julio, the head of the family, takes a look at each guest and then pairs you with the right Burro for you.   I guess he could tell I like to go fast because I got the Burro that wanted to pass everyone was we went up the first steep hill.   The path was pretty narrow and he liked passing on the outside so I just tried to trust he knew what he was doing and wouldn’t step too close to the edge.   It was about an hour ride and we went over rocks and sand, up and down hills, and even through an oasis which was full of palm trees and freshwater.   The family that brings the burros also had a little shop set up on the beach with some things they have made that were for sale.   I always enjoy being able to buy something that was made by the locals when we travel so I picked up a pair of earrings and a necklace.
Since the weather was so nice we had the option to hang out on the beach a bit longer and could take out kayaks or paddleboard or head back to the ship.    We chose to hang out for awhile.   The crew brought over towels, chairs, snacks, and drinks as well so it was a great beach day!  After enjoying the beach it was time to head back for Happy Hour and pick tomorrow’s activities.     We also also got a special treat and Julio joined us for happy hour and entertained us with a few songs.   They were all in Spanish so I could only pick up a few parts but they all sounded like very sad songs to me.   We enjoyed another very delicious meal but the chef which of course included another amazing dessert from Katie our pastry chef.    For anyone that knows me or has traveled with me you will know I am a picky eater so I was a little worried about meals on a small ship.   Even though there have only been 3 choices for lunch or dinner so far I have found something each time and you can also sort of customize the options if there is something you don’t like.  Being that we are on the sea I hve been opting for the fish most nights and they have been delicious! 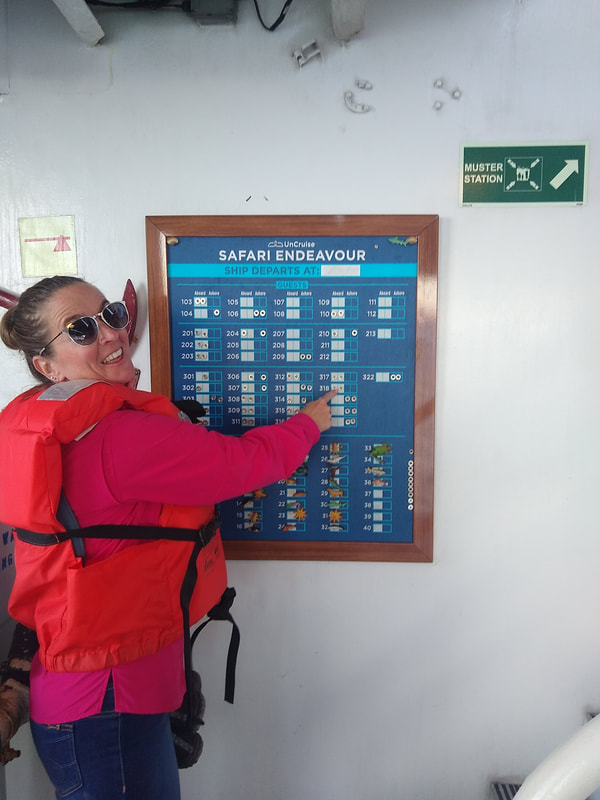 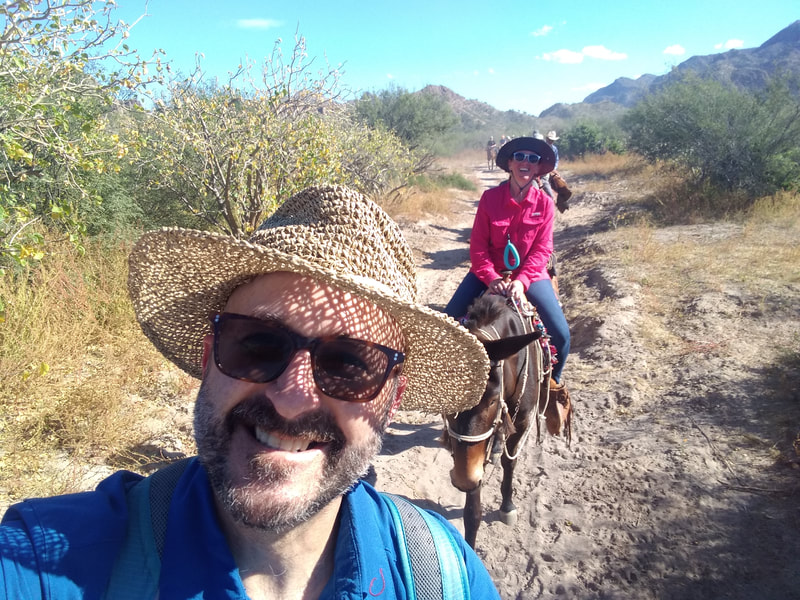 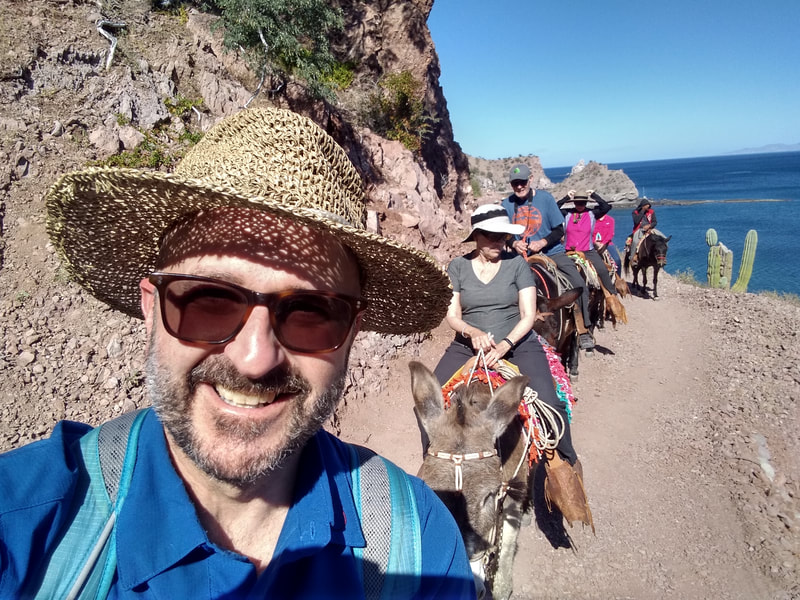 Day 3 – Puerto Escondido
We were supposed to have adventures in the morning but due to wind they were cancelled so we instead went out whale watching and switched onshore adventures to the afternoon.   We lucked out and quickly spotted a spout and Captain headed that way.   After carefully watching and waiting it was identified as a Blue Whale, which is one of the biggest whales.   We would watch the spout come up and then wait to see if the whale appeared too and most times the whale took a few breaths and then you would see the fluke (tail) as the whale dove and then wait 8 – 10 minutes to search for where he would come back up.  While keeping track of the Blue Whale a pod of dolphins came over to play with us.   They were bow riding and also playing in our wake.   They really seem like kids that were swimming around and even showing off a little.  It was so fun to watch them.
After some whale and dolphin watching it was time for lunch and while having lunch we pulled into the first actual dock we have seen since leaving La Paz.  We are in  Puerto Escondido  which is a well protected harbor with mountains almost all around so it is also given the name The Waiting Room since many boats will wait out storms here.    There were a few adventure options available today – a strenuous hike, snorkeling, a skiff ride, or you could just walk around the marina we were docked in.   We opted for the skiff but it was windy and cloudy so a bit cold out on the water but we still saw some interesting things.   We were happy to not do much this afternoon anyway since this was the first time since boarding that we were able to pick up a wi-fi signal.  My travels are work for me so I really don’t mind staying in touch while I travel but I hadn’t been expecting to be without wi-fi so much on this trip.   I used this time to check on emails and make sure all my clients were OK.   Tomorrow we are headed to the Gray Whale Sanctuary which is one of the main reasons I chose this cruise at this time of year.   The momma Gray whales come to this special bay to have their babies each year in late January and stay through early March. 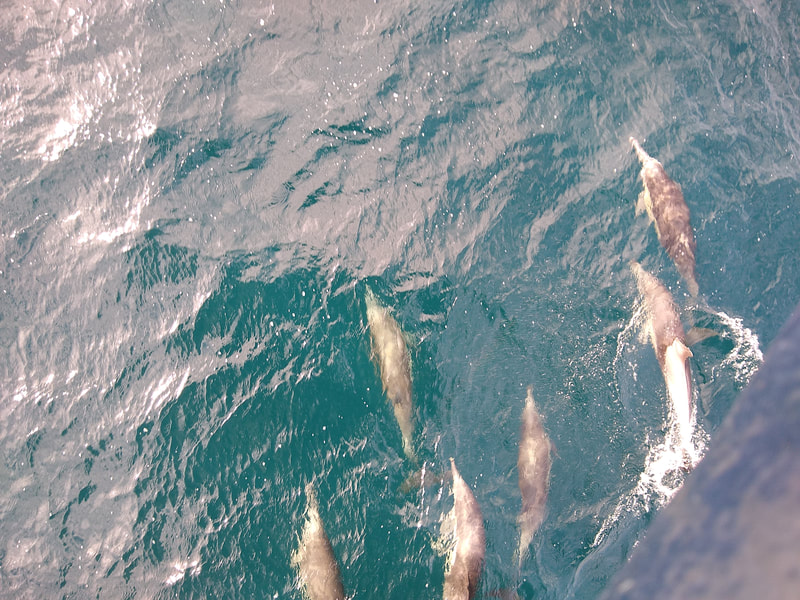 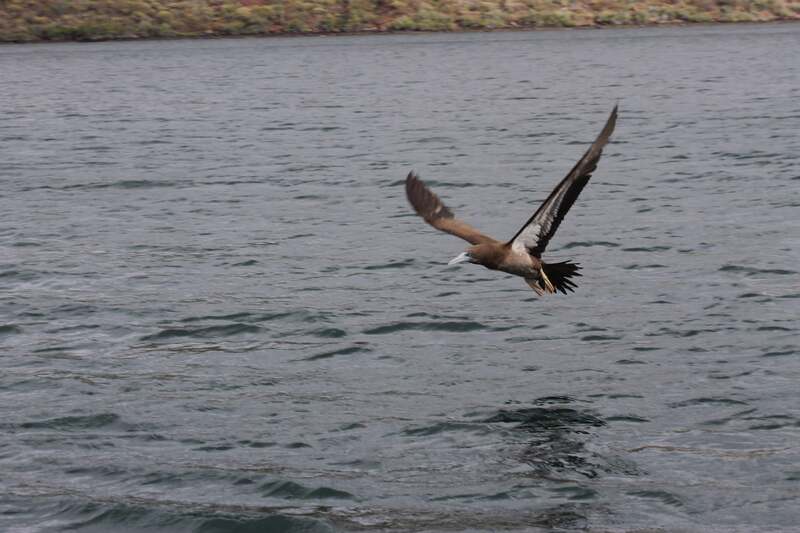 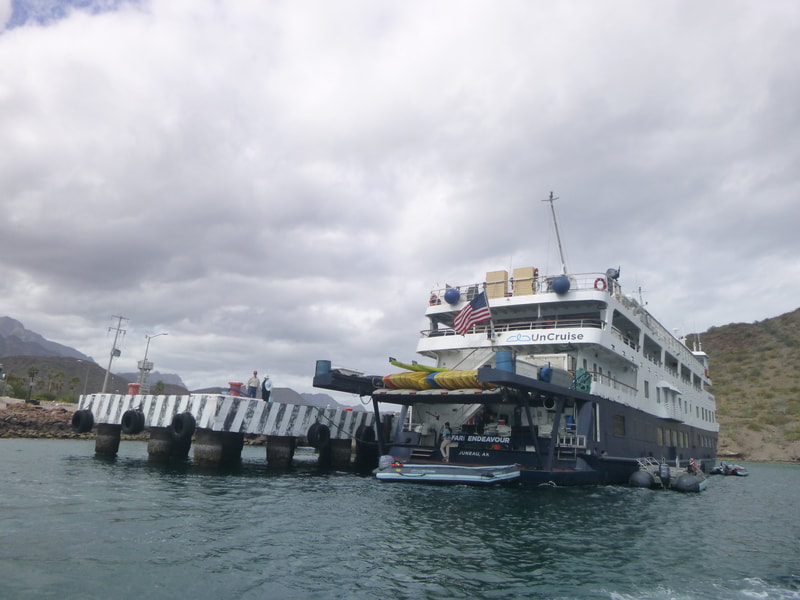